I started working at Litmus at the end of July 2014. A few weeks after I started I got to go to the company’s big conference that they put on in Boston, called The Email Design Conference (TEDC) (now called Litmus Live).

The conference was a blast! I loved meeting the email marketing community and got to understand what problem Litmus was solving for its customers and got to know how much the customers LOVED Litmus. Coming from IBM, this was a very welcome change.

After the first day of the conference, Litmus put on a party with drinks, food, music, and a photo booth. Of course, I took some silly pictures in the photo booth with my new co-workers. 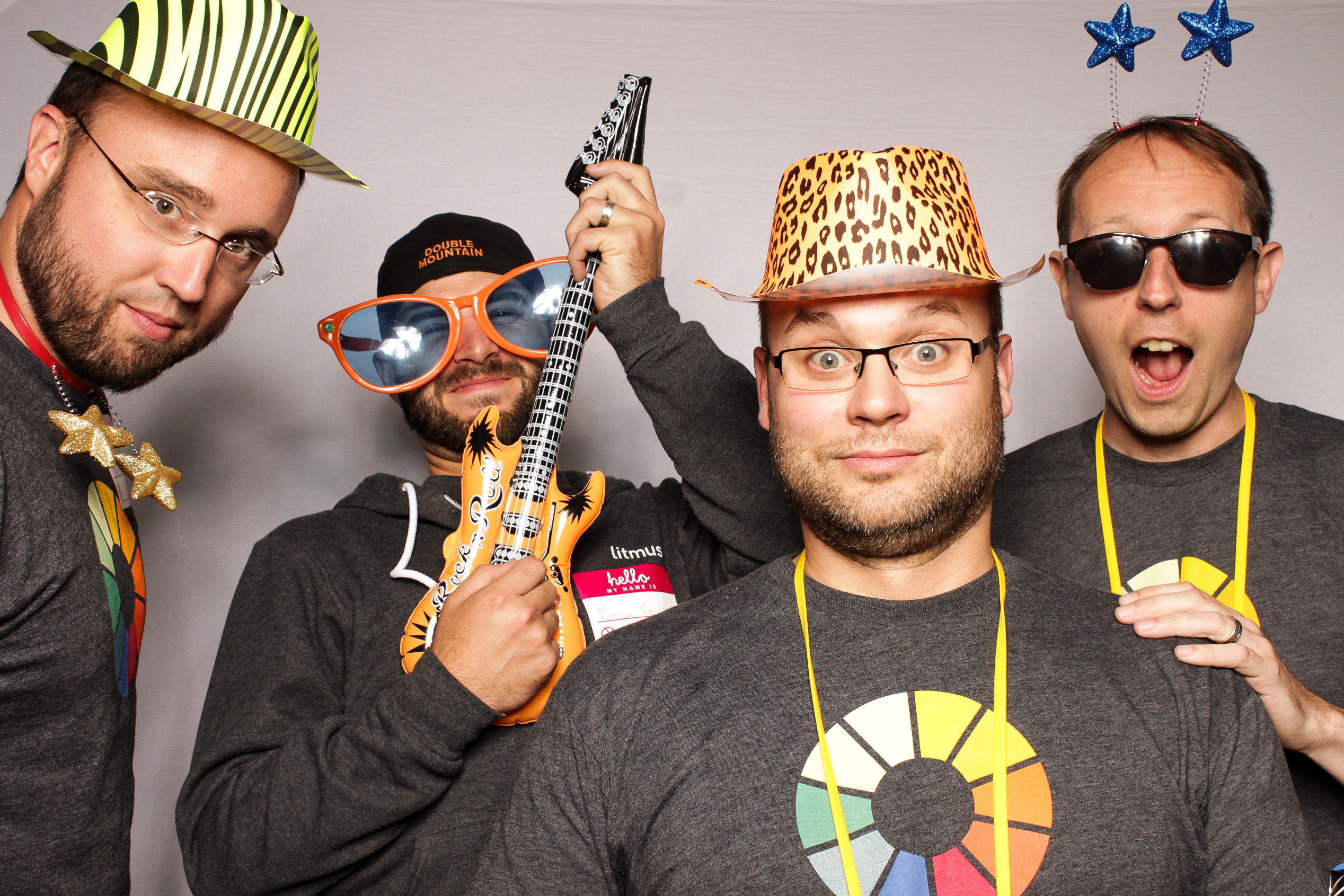 At this party, there were a few food stations and at each food station were these giant punch bowls filled with hummus. I had been commenting about how much hummus that was and how many chickpeas had to die to bring us these giant bowls of hummus.

When things were winding down, and I saw that the staff were getting ready to clear away the giant bowls of hummus, I decided I needed to get a picture taken with one. So I ran over, grabbed a giant bowl of hummus, and ran back to the photo booth and struck a pose looking down at the bowl of hummus contemplating its existence. 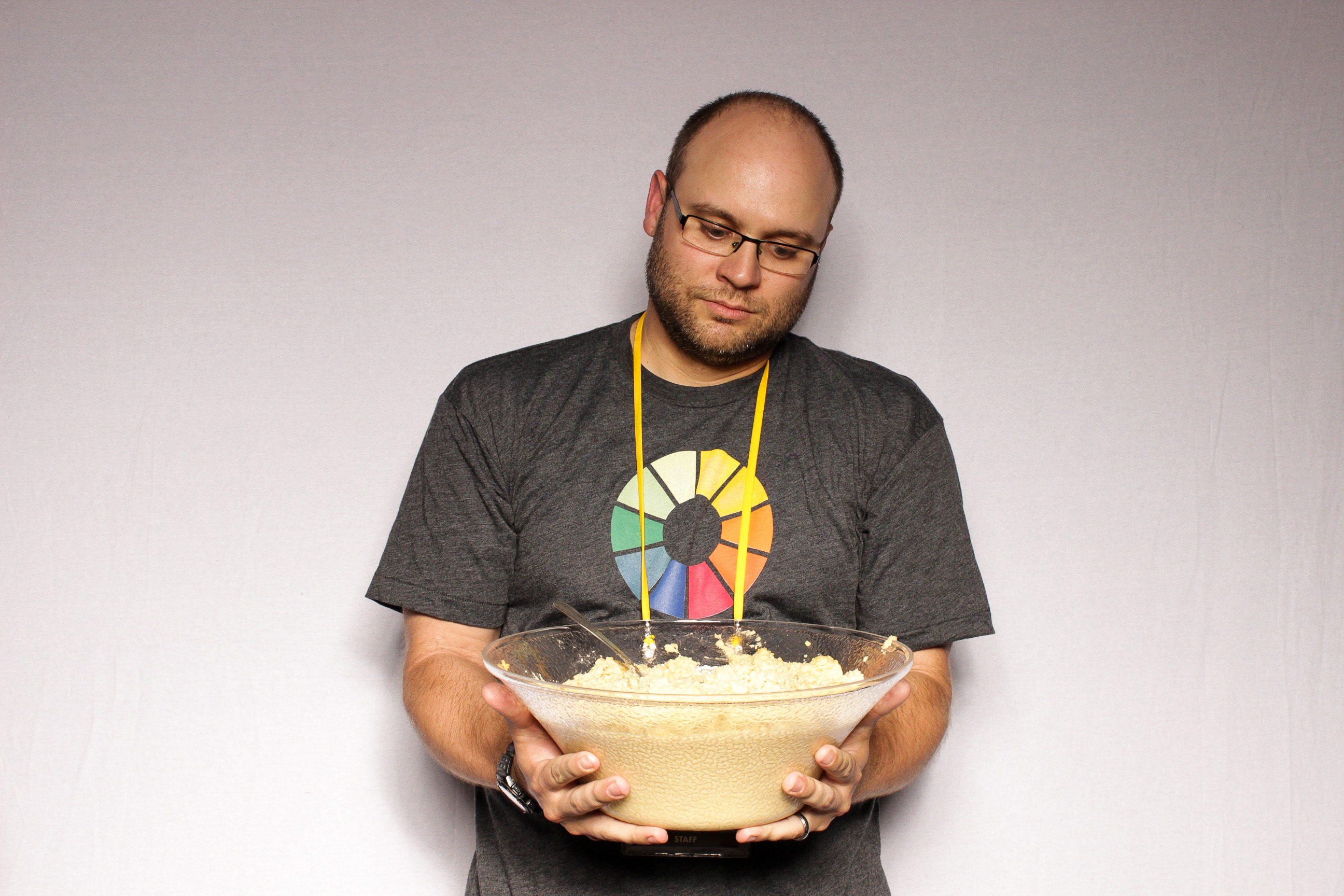 Later in the week when the rest of the company got to look through all the photo booth pictures, mine was shared with the company. Since I was new this became part of my origin story.

The following year at the 2015 TEDC conference, there was another party with another photo booth and yes, more bowls of hummus. Although, decidedly, not as big as the year before. So, of course, I felt compelled to take another picture in the photo booth with another bowl of hummus. 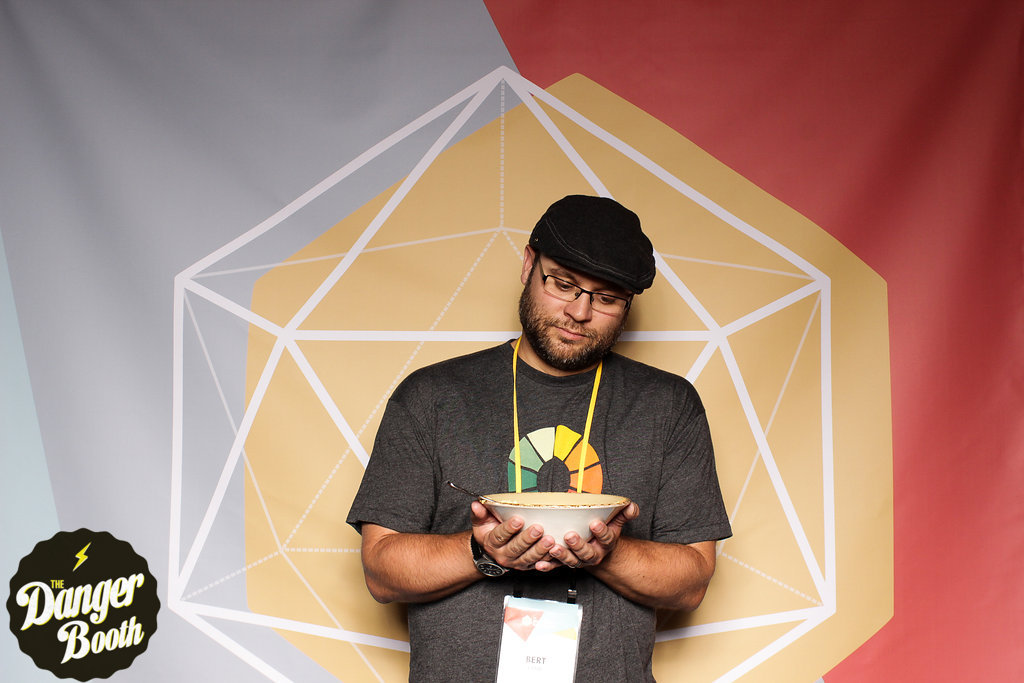 While the conference is going on, I am usually on booth duty. Saying, “Hi!”, being friendly, giving demos of our product, giving out T-shirts. I was on booth duty the next morning and I was missing the opening session given by our Marketing Director, Justine Jordan. Apparently, she was going through some of the pictures from the previous day and also comparing things to the year before. Playing up attendees who were now speaking, and how the crowds were bigger, etc. She was also talking about things that were the same, like people getting to geek out over email marketing, have a lot of fun at the party, and then apparently showed my two hummus photos, switching back and forth between the two. While I had tried (only mentally) to strike a similar pose with the hummus as the first one, apparently I had nailed it.

I was completely unaware this presentation was happening until later that morning when someone came up to the booth and said, “Hey! You’re that hummus guy!”

Apparently, I am. I’m that hummus guy.

The next year, there was no hummus at the conference party, but there was a really good beet salad. 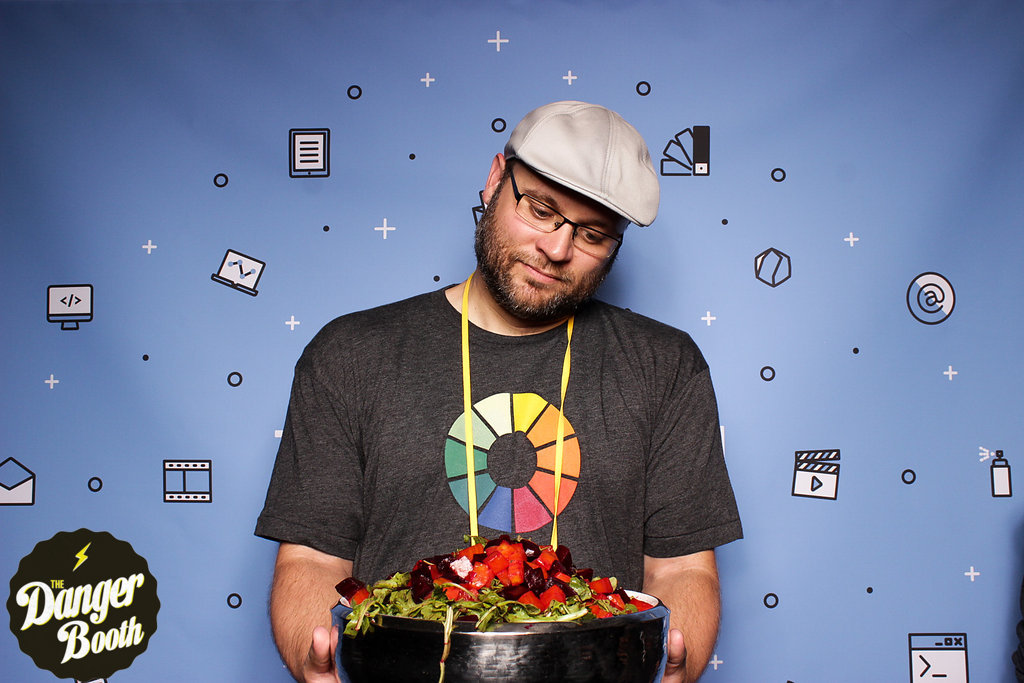